Thus far we have seen that free radicals are commonly produced during the normal energy-producing reactions within our cells; that is, it is part of life. What is less appreciated is the fact that if we increase our metabolism, we also increase free-radical production. So how do we increase our metabolism? One of the most common ways is by exercising. It is now known that intense exercise dramatically increases free-radical production and lipid peroxidation. This has been demonstrated in carefully conducted experiments in marathon runners and extreme athletes. There is also some evidence that extreme athletes have a higher incidence of free-radical diseases such as cancer, immune suppression, and cardiovascular disease.

It was observed many years ago that underfeeding lengthens the life spans of several species of lower animals. This finding has been reproduced in scientific studies several times since then. At least two highly respected scientists maintain a very low food intake in an effort to increase their longevity. While no one has specifically connected free-radical generation to the phenomenon of aging, it is obvious that one of the effects of underfeeding is a reduction in the production of thyroid hormones and a slowing of metabolism. It is also well known that overfeeding, especially of high-energy foods like sugars and carbohydrates, dramatically increases metabolism and hence free-radical generation. So the whole effect of low-calorie diets may be related to decreasing metabolism and, therefore, a better way to increase longevity is to improve the body's antioxidant defenses rather than dramatically and dangerously lowering nutrient intake.

Infections, traumatic injuries, burns, and even stress all increase metabolism. In fact, with burns, severe infections, and extensive traumatic injuries, the metabolic rate can become very high, producing a dramatic increase in free radicals flooding the body. This explains, at least in part, the deadly nature of these disorders. Unfortunately, modern medical treatment rarely addresses the free-radical problem in the clinical setting. Rarely are such patients treated with increased antioxidants or any antioxidants at all, even though the medical literature clearly shows that rapid depletion of antioxidants is universal in all of these conditions—another example of the fallacy of so-called "evidence-based medicine."

As a neurosurgery resident in training, one of my responsibilities was to care for patients suffering from serious brain injuries. Having been interested in surgical nutrition, even as an intern, it amazed me to see these patients literally subsist on an intravenous infusion of water, salt, and glucose for weeks, with no other form of nutritional supplementation. These patients would come to us robust and healthy, and within three weeks to a month they would look like POWs in a communist gulag. It never dawned on anyone that the patients were literally starving, often to the point of death.

I knew from my own investigations into the metabolism of trauma that seriously injured patients have much higher metabolic rates than do persons at rest. In fact, their metabolisms are higher than those of persons running the Boston marathon! If these patients develop infections, which is likely in a starving person, their metabolic rates go up even higher. At the time we didn't know that much about free radicals, but it was obvious that unconscious people with very high metabolic rates needed more nutrition than sedentary people. Unfortunately, common sense does not always prevail in modern medicine.

After teaching myself how to administer high concentrations of nutrition intravenously or by a feeding tube inserted into the stomach, I started giving these patients an accelerated program of nutritional supplementation which included vitamins, minerals, trace elements and adequate amounts of proteins and carbohydrates. The results were dramatic in the salvageable patients: they regained lost weight, had fewer infections, and their neurological improvement exceeded anything I had seen before. Incredibly, it changed nothing as far as the protocol used by the chief of the service to treat trauma patients. They just kept right on starving patients. Unfortunately, little has changed twenty-five years later. I still see seriously ill patients lying in the hospital with IV bags containing only water, salt, and sugar.

Chronic smoldering infections and inflammations are also known to result in very intense generation of free radicals, a condition that has been demonstrated in such diseases as Lyme disease, viral hepatitis, encephalitis, lupus, rheumatoid arthritis, multiple sclerosis (MS), Alzheimer's disease, and Lou Gehrig's disease (ALS). All of these diseases improve with a judicious use of selected antioxidants. The reason for this is twofold.

When we have a smoldering infection that the immune system cannot kill outright, the free-radical attack by the body's immune system continues for years, leading to damage not only at the site of the attack, but to all tissues of the body. Increasingly, this is thought to be the basis of many so-called autoimmune diseases, such as rheumatoid arthritis and lupus. It may even explain many cases of arteriosclerosis. Ironically, even specialists treating these well-known free-radical diseases do not put their patients on increased doses of selected antiox- Are You Striving To Look And Feel Youthful? Wish You Could Add 20 Years To Your Life? Discover the Secrets to a Longer, Healthier Life With This Fantastic Anti-Aging Resource. You might be feeling and looking great now, but have you ever thought about what youll feel and look like several years from now? Have you ever considered that the choices you make today directly influence how well you age?

Speeding Up Your Metabolism 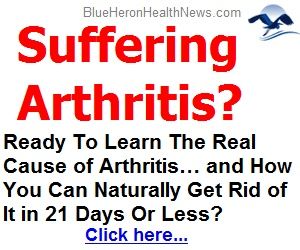