The understanding and assessment of energy requirements in humans have been enhanced by the advent of indirect calorimetry. In indirect calorimetry, the type and rate of substrate oxidation and energy are measured in vivo from gas exchange measurements. This method in combination with other measurement techniques permits investigation of numerous aspects of metabolism, heat production, energy requirements of physical activity, and altered energy metabolism in injury and disease. The development and interpretation of indirect calorimetry have represented a fundamental milestone for chemistry, biology, and medicine.

The high level of interest in indirect calorimetry over the past decades as a method of determining energy needs has resulted from several factors. Media and "lay" attention to food, exercise, and the prevention of obesity as important ways to improve lifestyle has been associated with greater awareness of indirect calorimetry. Moreover, commercial availability of improved and convenient equipment for measuring gaseous exchange in healthy humans and hospitalized patients has made indirect calorimetry readily available to both clinicians and scientists. At the same time, measurements of energy expenditure have assumed new importance in investigating and managing obesity.

Historical developments from 1650 to 1950 were primarily directed toward measuring basal metabolic rates. Discussions of gas exchange often start with the references to Lavoisier and his contemporaries, who were the first to demonstrate animal respiration ( 1). Lavosier was studying the combustion and oxidation of metals. He gave the name oxygene to the material absorbed by the metal when heated in air. Moreover, he introduced the term calorique to describe heat. In collaboration with the physicist, Laplace, he conducted studies of the heat released in combustion, which laid the foundation for thermal chemistry. Later, Lavosier carried out elegant experiments to relate the uptake of oxygen by an animal to the output of CO 2 and heat. Heat production was measured by an ice calorimeter and helped to establish the science of calorimetry.

During the first half of the 1800s, techniques for chemical measurement of foods and other biologic materials were being developed and the scientific concepts of Lavoisier were still considered quite controversial. The second half of the 1800s saw a growth in organic and biochemistry. The gas exchange of nutrients upon oxidation was related to heat production in a bomb calorimeter. Such studies were extended to animals and then to men by the use of direct and indirect calorimetry. Voit established a center for investigators in Germany, and studies there led the way in establishing the relationship between gas exchange and calorimetry of the whole body (2). Such studies had widespread influence on calorimetry in Europe as well as in the United States, where Atwater ( 3), Benedict (4), Lusk (5), and DuBois (6) were particularly influential in advancing the field.

The measurement of gas concentration before World War II was largely gravimetric for chamber or room calorimeters and volumetric when measuring basal metabolic rates of individuals. The classic portable basal metabolic rate apparatus of Benedict ( 4) depended on a closed system, in which a container of oxygen would decrease in volume in proportion to the uptake of oxygen by the subject, while the CO2 was absorbed but not measured. Oxygen consumption was then translated into calories per hour by assuming an amount of expired CO2, which would yield a nonprotein respiratory quotient (RQ) of 0.82 and hence a caloric equivalent for oxygen of 4.825

kcal (20.19 kJ) liter-1. The wartime events of the early 1940s provided a stimulus to develop more rapid and accurate methods of gas analysis, particularly for the new demands of combat aviation at higher altitudes. Following World War II, physical methods of gas analysis began to dominate the field of gas exchange. Mass spectrometry was introduced for measuring both O2 and CO2, as well as paramagnetic analyzers for O2 and infrared analyzers for CO2.

A significant advancement in the 1980s was the use of doubly labeled water to measure energy expenditure in free-living individuals, the first noninvasive technique to do so accurately in free-living humans. The technique was first introduced by Lifson et al. in the 1950s ( 7) as an isotopic technique for measuring the CO2 production rate in small animals. Unfortunately, it was not possible to apply the technique to humans because the dose required was cost prohibitive given the relatively poor sensitivity of isotope-ratio mass spectrometry at that time. Not for another 20 years did Lifson et al. describe the feasibility of applying the technique to measuring free-living energy expenditure in humans (8), an application later recognized by Schoeller et al. ( 9), who administered both 18O- and 2H-labeled water and followed the decay rates of each isotope in body water over 1 to 2 weeks. The difference in the decay rates then allowed calculation of the CO 2 production over that time period. For the first time, an accurate calculation of daily energy expenditure in free-living individuals was possible. Ways To Improve Your Metabolism 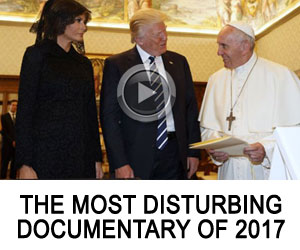