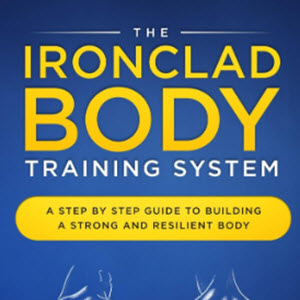 Vitamin A, discovered in 1913, was the first fat-soluble vitamin to be recognized. It occurs in two forms: provitamin A or carotene (found in foods of animal and plant origin) and preformed vitamin A or retinol (found only in foods of animal origin). Most of our dietary supply comes from carotene, so called because it was first prepared from carrots, although a high concentration is also found in deep yellow fruits and vegetables and dark green vegetables. It should be understood that carotene is not the vitamin itself, but a provitamin, meaning it is converted in the intestinal walls during the process of digestion as well as in the liver to produce the true vitamin A.

Retinol, on the other hand, is immediately ready to work in the body since it comes from animals who have already transformed carotene from plant sources into the true vitamin A Being preformed, retinol is absorbed by the body almost twice as fast as carotene from vegetables.

Bodybuilders need vitamin A to maintain firm and healthy skin tone so they avoid looking worn and wrinkled onstage. Also, their need to concentrate on definition demands a low percentage of body fat, which can make them more susceptible to infection. To compensate for this possibility, those in hard training for several months before a contest can increase their intake of Vitamin A to 50,000 units, while 10,000 are sufficient for the average bodybuilder.

Functions The most well-known function of vitamin A is the prevention of night blindness, the inability of the eyes to adjust to changes in light intensity. Vitamin A also maintains the health of tissues lining every passage opening to the exterior of the body. By protecting the mucous membranes of the nose, throat, mouth, and lung*. it combats irritation caused bv jit pnllutjtal.v and reduces . iiscepiihility to infection In a simibu Way, the soil ¡issues and lining* fit the bladder, kidneys, and digestive u;<ct are protected While vitamin \ does n<n combat existing tnlcciioiii. ¡1 deficiency of the vitamin weakens this protective power of the mucous membranes and sets up conditions allowing infections to occur more easily

Many people respond better to vitamin A than to C when trying in ward off a cold, particularly if they take A in the form of unconcentrated fish liver oil. Additional dosages should be taken in the beginning stages of a cold instead of waiting until it hits full force. Used externally, vitamin A has proved effective in the treatment of skin disorders such as acne and boils. For these conditions, the high dosage usually required must be prescribed by a doctor. Normal intake is needed for bone growth, reproduction, and healthy skin, hair, teeth, and gums.

Deficiency symptoms When internal disorders interfere with the absorption and storage of vitamin A, deficiencies can occur. Certain diabetics, for instance, convert only 25 percent of the carotene from plant sources into the vitamin; therefore, they should obtain the recommended allowance from animal sources and supplements

One of the first symptoms of a deficiency is night blindness. Correctly diagnosed, however, it can be cured in less than an hour by an injection of vitamin A. Other symptoms are dry, scaly ski-n; increased susceptibility to respiratory infections; and the formation of kidney and bladder stones. Prolonged deficiency leads to the rapid loss of vitamin C.

Bcciiuse strenuous physical activity imeileres with absorption, supplements should be taken four hours before or after working out.

Toxicity Symptoms of the prolonged, excessive intake of vitamin A include extreme irritability, loss of appetite, bone pain, blurred vision, drowsiness, diarrhea, and nausea. When toxicity is diagnosed and the vitamin is withdrawn, symptoms usually disappear within a few days. Generally, toxicity occurs only when someone takes over 100,000 IU of straight vitamin A for several months. The most famous cases of overdosing took place in the Arctic Circle, where some explorers ate over a pound of polar bear liver every day, containing about 9,000,000 IU of vitamin A. Since I have yet to see polar bear liver stocked in any market, toxicity from that source is unlikely.

Storage Light and air destroy this vitamin, so store animal fat, vegetables, and ripe fruit in the refrigerator. Carrots should be used within two weeks, lea' vegetables and broccoli within three to five days. Fish liver oil should be kept in a dark bottle and stored in a cool place.

Processing effects Vitamin loss during cooking averages 15-20 percent for green vegetables and 30-35 percent for those with yellow coloring Steaming retains the highest percentage of vitamins, while boiling causes the greatest loss. Charbroiling meat and fish is destructive to vitamin A.

Selection Reject vegetables that look wilted and fruit that is very soft or shriveled. The content of carotene is highest in plant foods with dark green or deep yellow coloring. In other words, spinach, beet greens, and dandelion greens are rich sources of provitamin A, while lettuce contains an insignificant amount. Buy fruits and vegetables such as apricots, cantaloupe, carrots, and winter squash with a deep yellow color, indicating a high concentration of the provitamin. Because this color is so intense, it is used by the food industry as a coloring agent under the name of beta carotene. Select fresh apricots and peaches because dried fruit yields 50 percent less of the vitamin. Natural Dietary Supplements, How To Become A Bodybuilder, Muscle Building Workouts for Bodybuilders